This years tour was to Spain so not technically The Alps but its always a nice boat trip to Santander. Knowing it was going to be hotter than the sun in Spain I decided to modify the cooling.

I already have two side pieces of ally to the left and right of the rad. To stop the flow of air coming around the side of the rad when sat in traffic with the fan on. It also helps ram the air through the rad when travelling at speed.

After reading this post http://www.autospeed.com/cms/A_113177/article.html I was inspired to try something similar for myself.

Below is a pic of the corrugated plastic (think "For Sale" sign) which was zip tided to the underside of the rad and chassis. 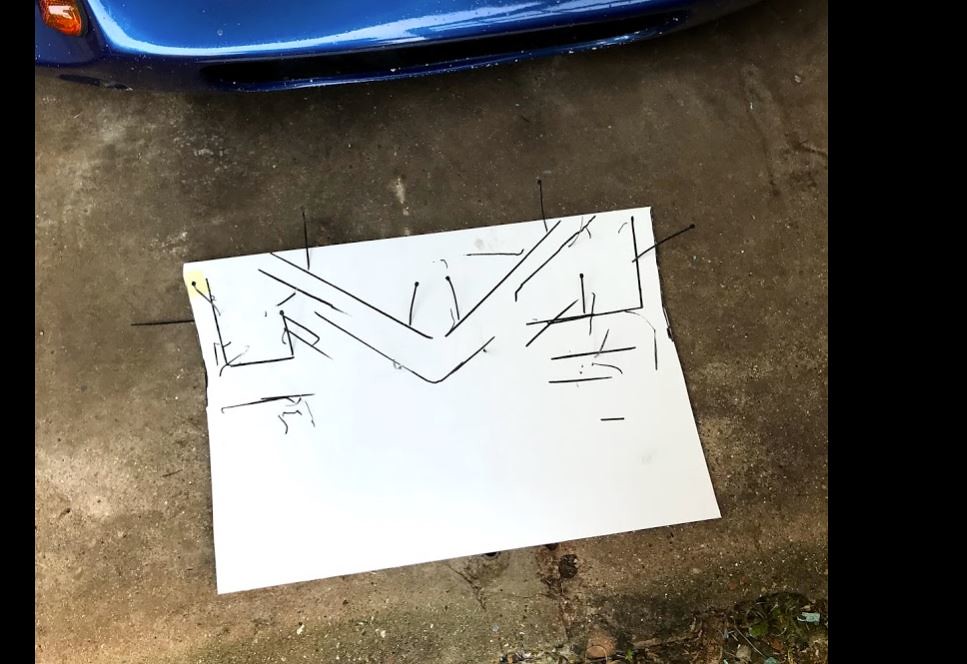 It stops about 2 inches in front of the bottom pulley on the engine.

Running in 40 something degree heat in Spain, I was never nervous about the temps (only when stopped) but when we got moving again, temperatures dropped like a stone, back to normal.

The reason why I think it works?

One day I'll test it all, but my one days seem to be far off. I'm sure it could be even more optimised to give better flow. Better flow would mean smaller rad >less water > lighter car (I am aware i weigh over 18st before anyone starts).

Either way if you're struggling with engine temps give it a go.

Re: Fury not cooling well enough?

Sounds like a good idea and a plausible explanation.
I solved the cooling problem on my classic crossflow-engined Fury differently.
With a 3 row radiator and no thermostat it shouldn't have overheated but...
The answer was simple- not enough coolant as the filler on the expansion bottle was not quite high enough.
The sub £10 eBay answer was a "Caterham, Westfield, kit car, Bleed Tee / Coolant valve" set into the top heater hose.
Nothing more than a hose union with a screw cap, I was quite surprised at how much more coolant I could add.
The car started running so cool that I put a thermostat back in.
In slow/jammed summer traffic, the temp goes up, the electric fan switches on, the temperature comes down- problem solved.
Top
Post Reply
2 posts • Page 1 of 1