Start here if you are new to the forum, and just want to say Hello
Post Reply
13 posts 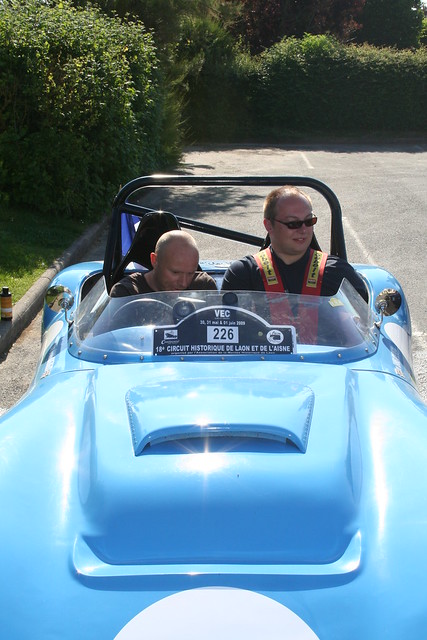 Cheers Dave I am loving looking at pics from the cars history! Jeeze your a fair bit taller than the likes of Lee or myself! How did you find it? Do you have a bike engine in yours now?

The acceleration seemed quicker than my car. At the time i had a 1.8 zetec on the wrong carbs. I went to Dunnell as the spark was one of his boxes. And upgraded to a 2.0 on carbs, then after a while of being sick of smelling of petrol on tour in the mountains went injection.
I need to sort out the breathing now as its sucking in hot air and the exhaust is too small a diameter.

I couldn't be bothered to drive on the day we went to Monaco so jumped in with Champion. First gear on the limiter in the tunnel with the copper telling him to slow down was awesome. (This was on the old engine)
Top
Post Reply
13 posts

Users browsing this forum: No registered users and 1 guest